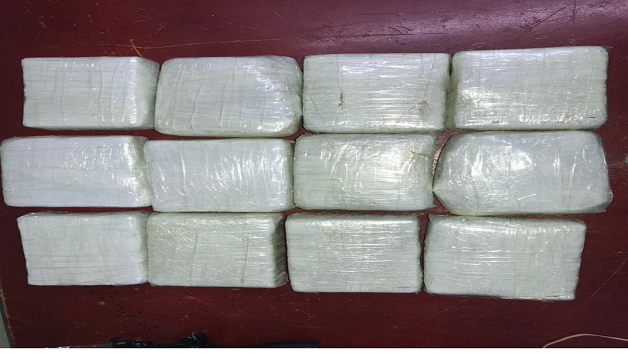 Five men, including a shipper, remained in custody yesterday after Customs Anti-Narcotics Unit (CANU) agents in Guyana said they found several packets of cocaine under a vehicle at the Cheddi Jagan International Airport.

CANU said on July 2, 2018 at 11:00pm on Monday night, the men, including, shipper Navindra Sarwan, were arrested in relation to suspected cocaine found under the vehicle of the said shipper while the vehicle was parked inside the compound of the Airport at Timheri.

According to the Demerara Waves online news, CANU said “The said shipper was scheduled to ship ground provision and pumpkins on a cargo flight OJ 258 destined for Canada”.

The suspected cocaine weighed over 7 kilograms.

Meanwhile, a woman named Natasha Blair who was booked to travel on BW 726 flight to JFK New York on Monday July 2, through the Cheddi Jagan International Airport was held after she excreted cocaine pellets.

The suspect is the mother of an 11month old baby girl with whom she was travelling when she was intercepted. The baby has since been handed over to her grandmother.

Persons here in SVG urged to take every precaution to avoid being bitten by...