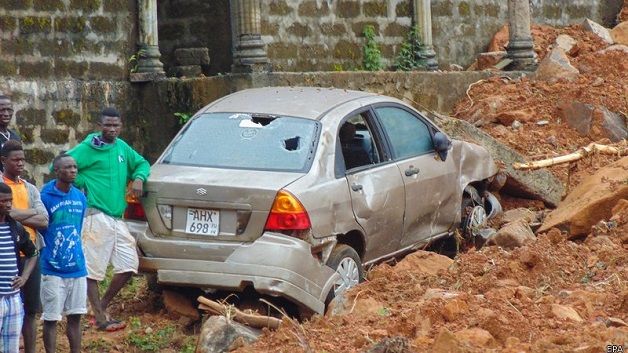 Sierra Leone needs “urgent support” now for thousands of people hit by mudslides and massive flooding in the capital, the country’s president says.

Ernest Bai Koroma said entire communities had been wiped out and that the devastation was overwhelming.

More than 300 people have been killed and a mass burial of victims is planned to free up space in mortuaries.

Efforts to recover more people from the muddy rubble that swept through the Regent area are continuing.

The Red Cross said it was struggling to get equipment in to extricate bodies that were buried deep in the mud.