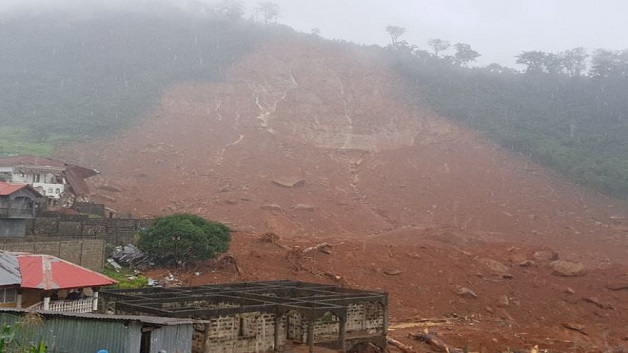 At least 179 people have been killed in a mudslide near Sierra Leone’s capital, Freetown, the Red Cross says.

A BBC reporter at the scene says many people may have been asleep when the mudslide occurred.

Sierra Leone’s Vice-President Victor Bockarie Foh said it was “likely that hundreds are lying dead”. The total number of casualties is likely to rise.

He told Reuters news agency that the area was being cordon off as people were being evacuated, including many still feared trapped in their homes.

A spokesman for the Red Cross, Abu Bakarr Tarawallie, told the same news agency that 179 bodies had been taken to the central morgue in Freetown