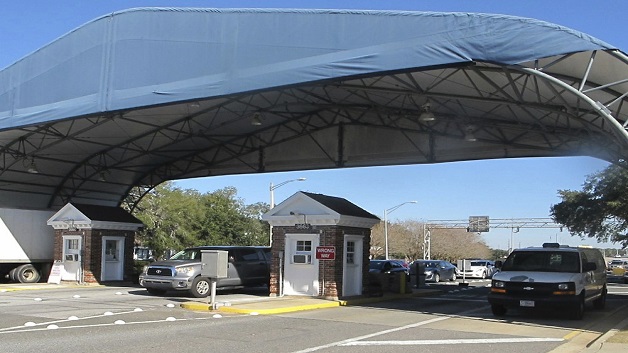 The US Navy is confirming that an active shooter and one other person are dead after gunfire at the Naval Air Station in Pensacola.

Area hospital representatives told The Associated Press that at least 11 people were hospitalized, while base remained on lockdown amid a huge law enforcement response.

Five people were taken to Baptist Health Care in Pensacola, hospital spokeswoman Kathy Bowers said. Six more were taken to Ascension Sacred Heart, spokesman Mike Burke said. Neither spokesperson had information on their conditions that they could share with The Associated Press.

Base spokesman Jason Bortz said the base is on lockdown.

NAS Pensacola employs more than 16,000 military and 7,400 civilian personnel, according to its website. One of the Navy’s most historic and storied bases, it sprawls along the waterfront southwest of downtown Pensacola and dominates the economy of the surrounding area.

Lift of the ban on amplified music extended