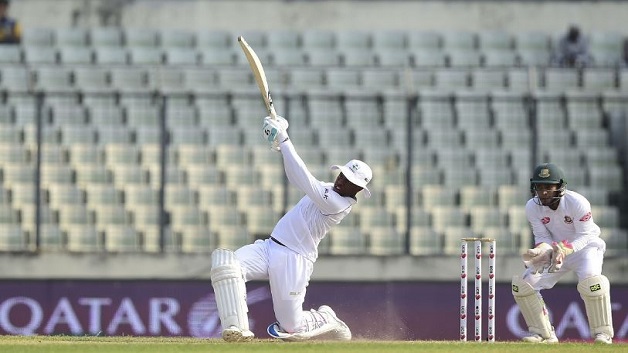 Amid the doom and gloom of an embarrassing 2-NIL away series loss to Bangladesh, there is still some positive news for the West Indies Test cricket team.

The 21-year-old, the only West Indies batsman to emerge from the humiliating whitewash with his reputation intact, is now 52nd in the Test batting charts topped by India captain Virat Kohli despite playing just ten Tests.

Hetmyer struck 39 and 93 in the second Test debacle in Dhaka, as West Indies slid to a heavy innings and 184-run defeat inside three days on Sunday – their largest margin of defeat to the hosts ever.

Meanwhile, Russian athletes will remain banned from international competitions after the International Association of Athletics Federations (IAAF) upheld the country’s suspension into 2019.

Athletics’ governing body banned Russia in November 2015 because of evidence of state-sponsored doping. The ban will remain in place until samples and data from Moscow’s former anti-doping laboratory are made available.

Russia must also pay all costs incurred by the work of the IAAF’s task force.

It is the ninth time the IAAF has turned down Russia’s appeal for reinstatement.

The decision puts the IAAF at odds with other sporting bodies such as Wada and the International Olympic Committee (IOC), who have revoked their own suspensions of Russia.

Panama cuts ties with Taiwan in favour of China