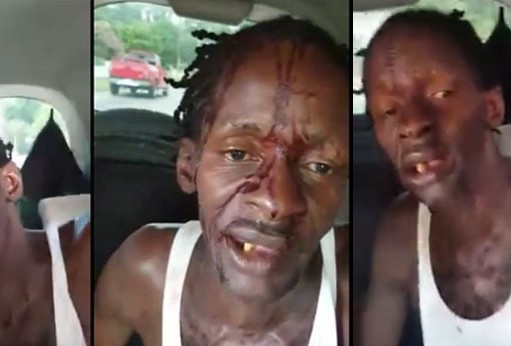 Gully Bop has broken his silence about allegations that he tried to kill his fiance Shauna Chin.

A video surfaced online on Tuesday showing Chin in fear of her life claiming that Gully Bop is going mad and tried to kill her. Now we are finally getting the other side of the story, Gully Bop posted his own video telling his fans that he caught Chin cheating in their house and she knocked him to the ground with a padlock.

The video obtained by Urban Islandz show Gully Bop looking dazed with blood dripping down his face. Sources close to the deejay told Urban Islandz that he is currently getting checked out at the hospital for possible serious head injuries.

Bop says that he was in the country performing and returned home to find Shauna Chin in their house with another man. The deejay says that they have been having problems for the last three months.