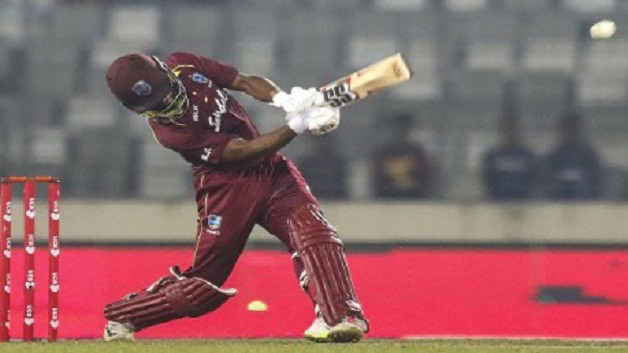 Under pressure throughout the innings and losing partners, the 25-year-old showcased not only his class, but maturity as he unfurled a high-quality unbeaten 146 off 144 balls, as the Windies overhauled a moderate target of 256 with two balls to spare at the Shere Bangla National Stadium.

He stroked 12 fours and three sixes, notching his second century in six one-day innings and the joint second-highest individual score for West Indies in a successful ODI chase.

Marlon Samuels chipped in with 27 and lefthander Darren Bravo got 26, but no other batsman passed 20

Meanwhile, exiled Indian business magnate, Dr. Vijay Mallya could face fraud charges in his homeland after a court in London on Monday ruled that he could be extradited from the United Kingdom.

The 62-year-old, who has been battling extradition in recent years, is the owner of the Caribbean Premier League franchise, Barbados Tridents.

He is wanted in India to face alleged bank fraud and money laundering charges amounting to nearly US$ 1 billion but has been holed up at a mansion in Hertfordshire in east England, after fleeing India two years ago.

Monday’s ruling, issued in Westminster Magistrates’ Court, has to be approved by the Home Secretary and Mallya has 14 days to appeal.

Legacy of Nelson Mandela should inspire persons to be active and responsible citizens, says...

Tomorrow January 23 to mark 225 years since breadfruit was introduced in St. Vincent...