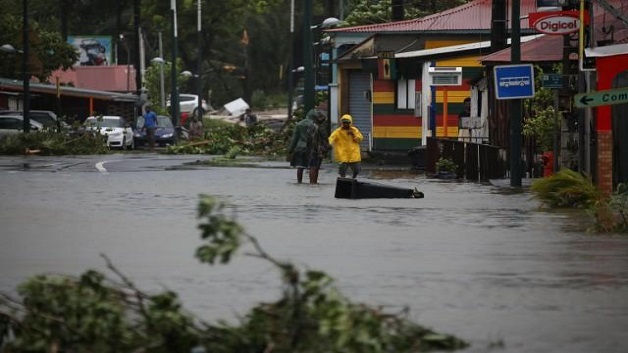 A senior education official in Dominica said that several students were killed when Hurricane Maria passed through the island on September 18, leaving a trial of death and destruction.

Official figures indicate that 28 people had been killed by the Category 5 storm when it barrelled its way through the island, with at least 32 people still reported missing.

Speaking at the daily press briefing yesterday, Permanent Secretary in the Ministry of Education and Human Resource Development, Chandler Hyacinth, while not disclosing the exact number of students killed, confirmed that some had died.

“We have had a few deaths among our students, so we want to extend our deepest sympathies to the families of those students who have passed on,” she said, adding that schools across the island had suffered damage and that the “the impact of this disaster to the education (sector) is vast”.

She said that every effort is being made to get schools that have been classified as not seriously damaged opened as quickly as possible, adding that schools will be opened in phases based on the degree of damage.

But she said there were other factors that will contribute as to when schools are opened including transportation and the provision of basic amenities.

She said priority will be given to re-opening secondary schools where students are preparing to write several exams set by the Barbados-based Caribbean Examination Council (CXC).

The education official said that the public library system there has collapsed completely.

CDEMA deploys teams to assess hurricane damage in The Bahamas