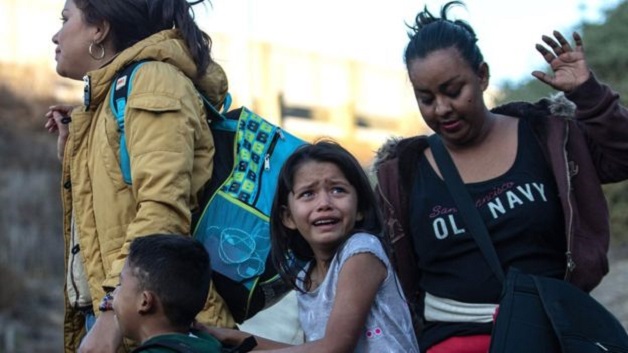 A seven-year-old girl who illegally crossed the Mexico-US border with family died hours after being taken into custody, US officials say.

The Guatemalan girl, who arrived in the US last week as part of a group of migrants, died of dehydration and shock.

According to the Associated Press, border officials said she has not had food or water for several days.

Thousands of migrants have travelled from Central America to the US border.

The migrants say they are fleeing persecution, poverty and violence in their home countries of Guatemala, Honduras and El Salvador.