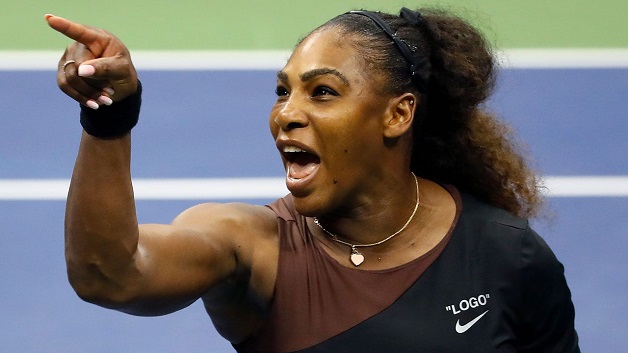 Serena Williams was fined a total of US$17,000 for three code violations during her loss to Naomi Osaka in the US Open final.

On Sunday, a day after the match, the tournament referee’s office docked Williams US$10,000 for “verbal abuse” of chair umpire Carlos Ramos, US$4,000 for being warned for coaching, and US$3,000 for breaking her racket.

The money comes out of her prize money of US$1.85 million as the runner-up to Osaka, whose 6-2, 6-4 victory on Saturday made her the first tennis player from Japan to win a Grand Slam singles title.

Meanwhile, the Hero Caribbean Premier League (CPL) will be introducing the Decision Referral System (DRS) for the semi-final and final of the tournament.

The last two matches of the tournament will take place on September 14 and 16 at the Brian Lara Cricket Academy in Trinidad.

Each team will be allowed one unsuccessful review per innings and they will be able to review all methods of dismissal.

Speaking about the introduction of the system for the last two matches of the tournament Pete Russell, COO of the Hero CPL, said: “The final matches of the Hero CPL are so important and it is vital that all decisions are as accurate as possible. We are reviewing the possibility of making DRS available for all matches in 2019.”

Vincentians told to take advantage of the Local Breadfruit Industry

Department of Culture host educational presentation on the life of SVG’s First Premier and...