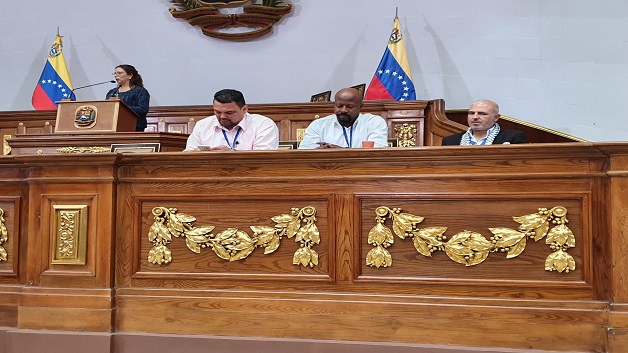 On Thursday January 23rd, Senator Carlos James addressed a grouping of regional and international delegates attending a global forum against imperialism in Venezuela.

Senator James delivered remarks at a working group session of parliamentarians and other delegates at the National Constituent Assembly of the Bolivarian Republic.

James called on various representatives to uphold the principles of democracy, good governance and non-interventionism.

He also, reiterated the principles of good neighborliness and regional cooperation among States. James noted SVG’s election to the UN Security Council and its commitment towards the promotion of international peace.

The delegation is expected to return to the State on Saturday.