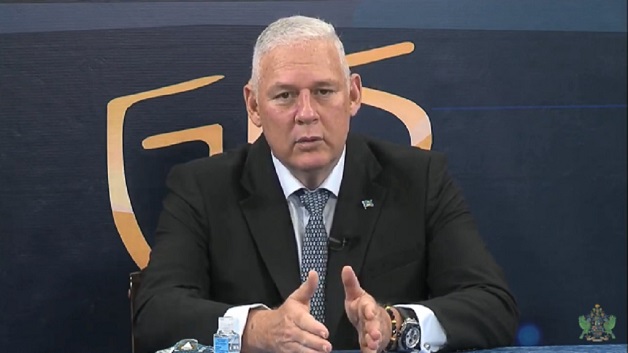 Prime Minister Allen Chastanet has announced that the 24 hour curfew imposed on Saint Lucia in the battle against COVID-19 will be reduced, while a system of zoning will also be introduced and strictly enforced by the police.

Appearing Sunday evening on the National Television Network (NTN), Chastanet explained that the 24 hour curfew will be maintained until Tuesday, April 7, 2020, at 5.00 am.

However he stated that on Monday, April 6, 2020, while the 24 hour curfew is still in effect, bakeries will be allowed to open and provide delivery service of bread only.

He said bakeries will be providing some form of delivery service.

By way of explanation, Chastanet told the nation that only individuals working in those companies will be able to come out on Monday to restock and get prepared for the rest of the week.

He made clear that no mini bus or transport will operate except in the case of essential services and the restocking of the food industry.

The Prime Minister said the prohibition on the sale of alcohol will continue.