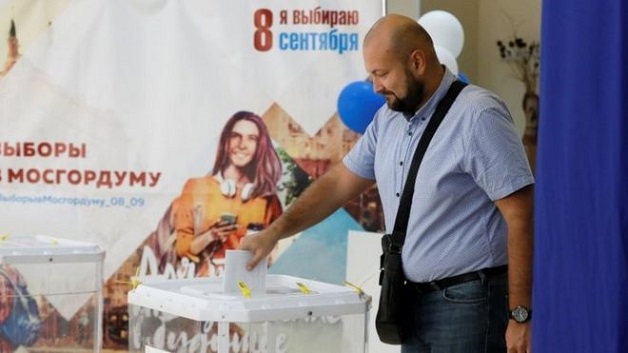 A report from the BBC said the party lost nearly a third of the seats in the 45-member parliament, but remains on course to retain its majority with about 26 seats.

With most opposition candidates disqualified, the Communists, independents and others gained seats.

The exclusion of the opposition candidates triggered mass protests.

have been detained, and riot police have been accused of a brutal crackdown on demonstrators.

With nearly all the results in, United Russia is predicted to get 26 seats in the city parliament (Mosgorduma).

The party’s brand has become so toxic lately that all its members ran as independents, the BBC’s Sarah Rainsford in Moscow reports.