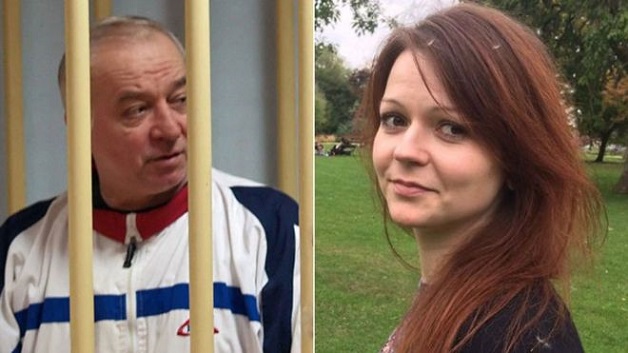 Russian President Vladimir Putin is “overwhelmingly likely” to have ordered the nerve agent attack on an ex-spy and his daughter, the UK’s foreign secretary Boris Johnson has said.

Speaking during a visit to a west London military bunker with the Polish foreign minister, Mr. Johnson said the UK’s “quarrel is with Putin’s Kremlin and with his decision” over the Salisbury incident.

“We think it overwhelmingly likely that it was his decision to direct the use of a nerve agent on the streets of the UK, on the streets of Europe, for the first time since the Second World War,” he said according to a report by BBC News.

Russian ex-spy Sergei Skripal, age 66, and his daughter Yulia Skripal, age 33, remain critically ill in hospital, after they were found unconscious on a bench in the Wiltshire city on March 4.

The UK government says they were poisoned with a nerve agent of a type developed by Russia called Novichok, and Prime Minister Theresa May said she believed Moscow was “culpable”.

Russia denies involvement and said the accusations against Mr. Putin were “shocking and unforgivable”.

SVG Christian Council to host a Theological Reflection and Panel Discussion on the Cause...