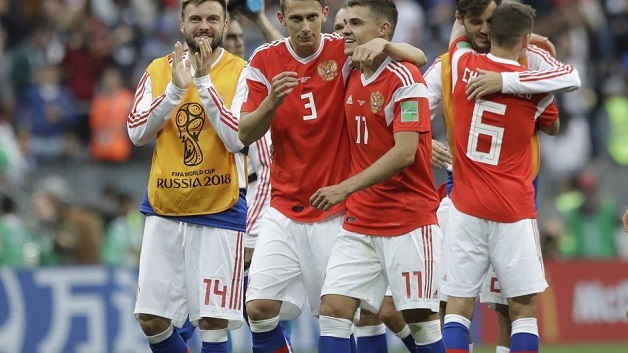 Host nation Russia thrashed Saudi Arabia 5-0 in the opening match of the World Cup to start their tournament in style in Moscow’s Luzhniki Stadium today.

Iury Gazinsky opened the scoring with a header after 12 minutes, Denis Cheryshev added a second before Artem Dzyuba got the third in the 71st minute.

Cheryshev added a fourth with a superb finish before Golovin curled in a superb free-kick in injury time as President Vladimir Putin watched on in delight.

Meanwhile, Sri Lanka were 79 for three at lunch after choosing to bat first on the opening day of the second Test against the West Indies at the Darren Sammy Stadium in St. Lucia today.

Rain delayed the toss and therefore the start of today’s match.

West Indies hold a 1-NIL lead after winning the first Test in Trinidad by 226 runs.

St. Vincent and the Grenadines and Taiwan continuing to collaborate in the area of...