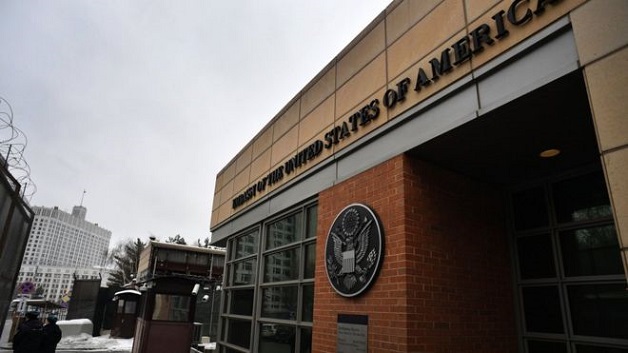 Russia has retaliated to new US sanctions by telling Washington to cut its diplomatic staff to 455 and barring the use of some properties.

The new US embassy staffing level would be the same as at Russia’s embassy in Washington.

The Russian foreign ministry also said it was seizing holiday properties and a warehouse used by US diplomats.

According to BBC News, the new US sanctions are over Russia’s 2014 annexation of Crimea and alleged interference in the US election.

They come months after the Obama administration ordered the seizure of two Russian diplomatic compounds and expelled 35 Russian diplomats in response to alleged hacking of the US Democratic Party and Hillary Clinton’s campaign.

In a statement today, Russia’s foreign ministry said: “The US is stubbornly taking one crudely anti-Russian step after another, using the utterly fictitious pretext of Russian interference in its internal affairs.”