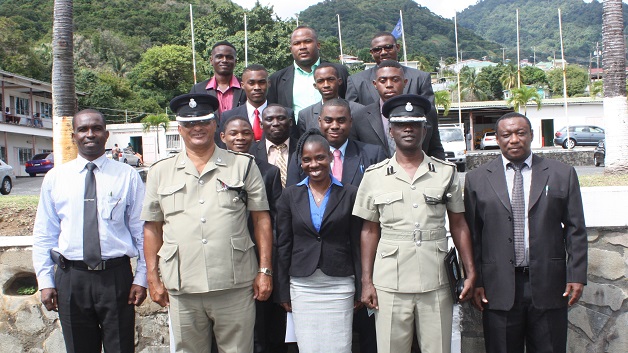 The Royal St. Vincent and the Grenadines Police Force has broadened its pool of crime scene investigators.

The programme, which ran from February 19 to 28, 2018 saw nine members of the local constabulary graduated on Wednesday, February 28, at a ceremony held at the Old Montrose Police Station after successfully participating in the ‘Introduction to Crime Scene Photography, Identifying and Recovery of Fingerprints’.

Assistant Commissioner of Police, Carlos Sampson commended course coordinator, Station Sergeant Brian Archibald, for conceptualizing the programme and for training the police officers in the specialization.

He also expressed that he would like to see more law enforcement officers who have been trained in highly skilled areas coming forward to train their fellow officers.

Masked man kills two at a school in Sweden