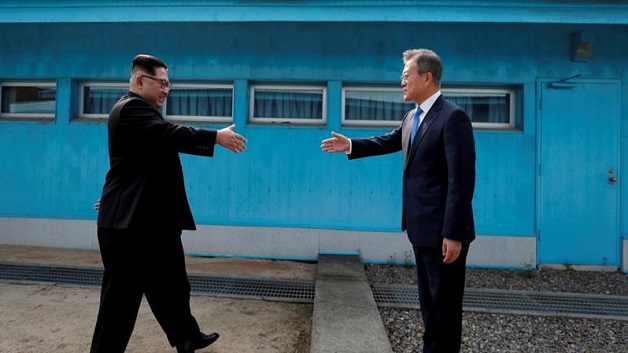 North Korea’s Kim Jong-un and South Korea’s Moon Jae-in will meet in Pyongyang in September following talks between the two sides at the demilitarised zone.

North and South Korean officials held high-level negotiations at the border truce village of Panmunjom today to discuss the summit.

According to Al Jazeera News, in a three-sentence joint statement, the rival neighbours did not mention an exact date for the meeting and provided no details on how to implement past agreements.

The push for what will be the leaders’ third summit since April comes amid renewed concerns about a nuclear standoff between Washington and Pyongyang.

Moon’s trip to Pyongyang will be the first in more than a decade.