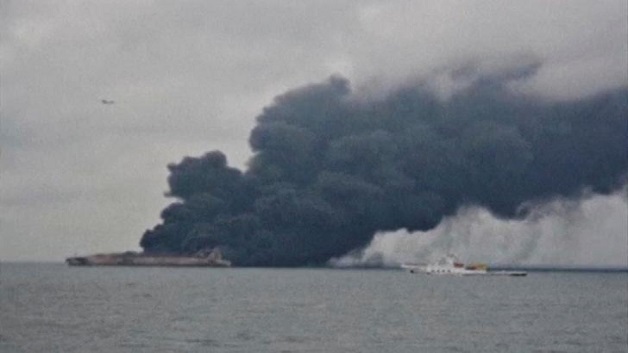 Rescue crews wrestled to bring a blaze on an Iranian oil tanker off China’s east coast under control today as fire raged for a second day following a collision with a grain ship, while the body of one of the 32 missing crew members was found on aboard.

Concerns are growing that the tanker, which hit a freight ship on Saturday night in the East China Sea and burst into flames, may explode and sink, the official China Central Television (CCTV) said today, citing experts on the rescue team.

According to Reuters, the size of the oil spill from the ship and the extent of the environmental harm were not known, but the disaster has the potential to be the worst since 1991 when 260,000 tonnes of oil leaked off the Angolan coast.

The remains of one of the 32 mariners on board was found on Monday afternoon, Iranian and Chinese officials confirmed.