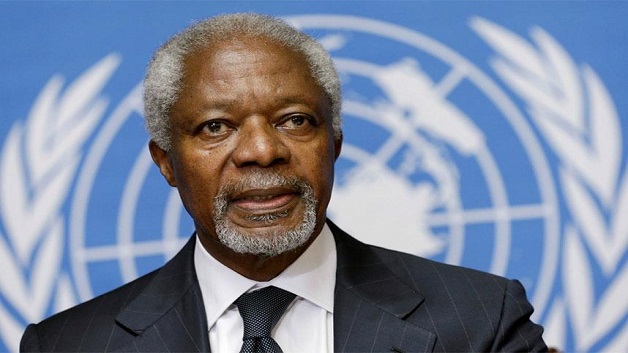 Tributes are pouring in from the Caribbean for former United Nations (UN) Secretary General Kofi Annan following his death over the weekend, with many describing him as a global statesman.

The renowned Ghanaian diplomat passed away peacefully on Saturday after a short illness, according to a statement published on his official Twitter account. He was 80 years old.

Barbados’ Prime Minister Mia Mottley said the world has lost a skilled international statesman, Ghana has lost a son of its soil, and Barbados has lost a friend.

The Bahamas government described the late UN top official as “a global statesman who always strived for the best in finding common ground to resolve differences in the world”.

In his message, Jamaica’s Prime Minister Andrew Holness said the world had lost a great humanitarian icon who served with distinction during his two-term tenure as Secretary General.

Trinidad and Tobago’s leader, Dr. Keith Rowley, pointed to the issues that the late Annan had championed at the United Nations which were aligned with the priorities of its member states, including the twin-island republic, at the multilateral level.

Annan was the seventh man to take the helm of the global organization and the first Secretary-General to emerge from the ranks of its staff.