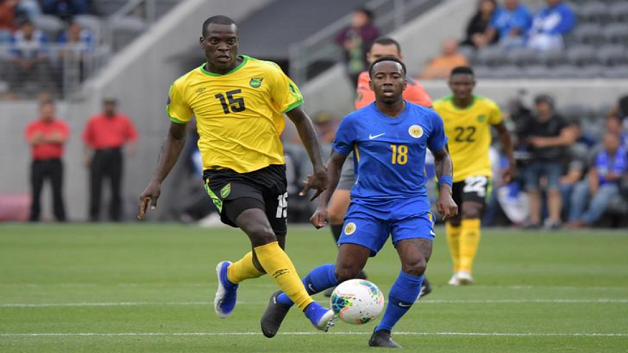 Jamaica had to settle for a 1-1 result with Curacao in their final Concacaf Gold Cup Group C game inside Banc of California Stadium earlier this evening.

Shamar Nicholson gave the Jamaicans a 14th minute lead only for Jurien Gaari to pull his team level in the third of five minutes of time added.

The result guaranteed the Reggae Boyz a place in Sunday’s quarter-finals against either hosts US or Panama in Philadelphia, but their final placing in Group C will be determined by the result of tonight’s second game in the double header between El Salvador and Honduras.

Jamaica ended the group with five points, with El Salvador on four ahead of their game against Honduras, while Curacao also ended on four points, with the already eliminated Honduras without a point.

The US currently lead Group D ahead of Panama on goal difference, with the two meeting to decide the group tomorrow.