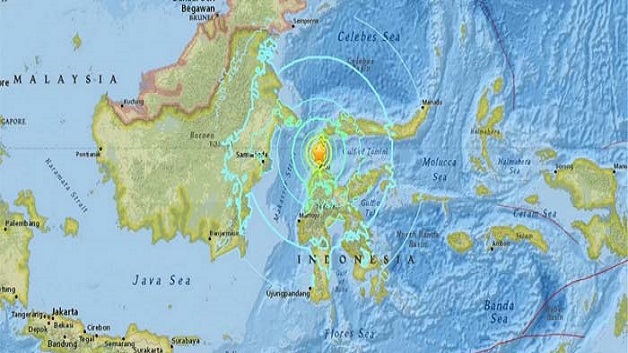 A strong tsunami triggered by a magnitude 7.5 earthquake has hit a coastal Indonesian city.

Waves of up to 6.6 feet high swept through Palu on Sulawesi Island, not long after authorities had lifted a tsunami warning.

Video on social media shows people screaming and fleeing in panic and a mosque amongst the buildings damaged.

According to BBC News, officials have reported five deaths – but it is not clear if those were as a result of the tsunami.

Last month, a series of earthquakes struck the Indonesian island of Lombok, killing hundreds of people – the biggest on August 5 killed more than 460.