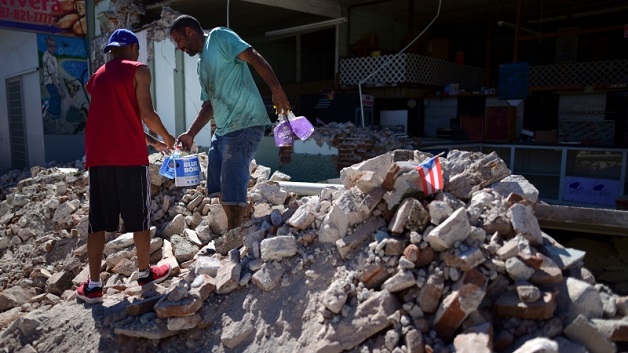 Cars, cots and plastic chairs became temporary beds for hundreds of families who lost their homes in southwest Puerto Rico as a flurry of earthquakes struck the island, one of them the strongest in a century.

The magnitude 6.4 quake that struck before dawn on Tuesday killed one person, injured nine others and knocked out power across the U.S. territory.

More than 250,000 Puerto Ricans remained without water on Wednesday and another half a million without power, which also affected telecommunications.

Another strong aftershock of a 4.7-magnitude struck on Wednesday near the island’s southern coast at the same shallow depth as Tuesday’s earthquake. No serious damage was immediately reported.

“The magnitude of this event is so serious that the state government and the municipal governments of Puerto Rico do not have the capacity to respond effectively,” she said as she praised Trump’s decision.

The hardest hit municipality was the southwest coastal town of Guánica. More than 200 people had taken shelter in a gymnasium after a quake on Monday, only for the latest shake to damage that structure — forcing them to sleep outside.

Among them was 80-year-old Lupita Martínez, who sat in the dusty parking lot with her 96-year-old husband by her side.

He was sleeping in a makeshift bed, a dark blue coat covering him.

“There’s no power. There’s no water. There is nothing. This is horrible,” Martínez said.

The homes of 700 families in his municipality are close to collapsing.

Tuesday’s quake was the strongest to hit Puerto Rico since October 1918, when a magnitude 7.3 quake struck near the island’s northwest coast, unleashing a tsunami and killing 116 people.