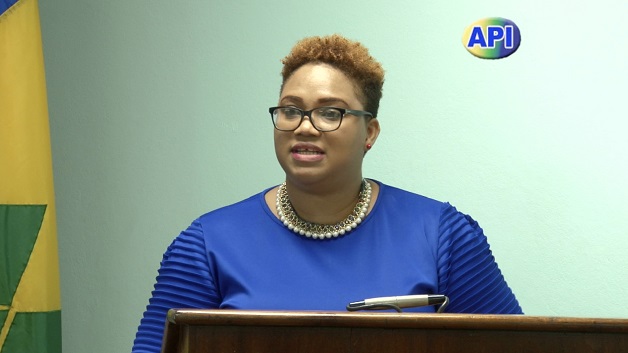 The Public Sector Reform Unit (PSRU) will this year shift focus to the issue of Gender Equality as it celebrates Public Service week 2019.

The PSRU recently launched its week of activities at the Ministry of Foreign Affairs conference room, under the theme: “Promoting Gender and Diversity Responsive Public Services to Achieve the Sustainable Development Goals.”

To this end the PSRU is collaborating with the Gender Affairs Division within the Ministry of National Mobilization, Social Development, Family, Gender Affairs, Persons with Disabilities and in the process tackles goal number five (no. 5) of the UN’s Sustainable Development Goals which deals with Gender Equality.

Director of the PSRU, Clarence Harry noted that the goal of the collaboration is to increase awareness of “gender and diversity and to highlight the importance of providing an all inclusive Public Service; a Public Service where both men and women play their part in the development of the Public Service.”

Acting Coordinator of the Gender Affairs Division within the Ministry of National Mobilization, Social Development, Family, Gender Affairs, Persons with Disabilities, La Fleur Quammie-Harry said most people view Gender issues as matters relating to women’s rights. Harry however said that Gender issue is “organizational and societal regardless of age or sex” and added that Gender and Gender equality are linked to all the Sustainable Development Goals.

The week will commence with a Church Service on Monday 17th June, 2019, a think EAO-PS Edition at Frenches House on Tuesday 18th June, Inter-Ministerial Internship on Wednesday 19th & 20th June, and a Gender and Diversity Development Seminar at the Methodist Church Hall on Friday 21st June. On Saturday 22nd June there will be a movie night and gender and Diversity recognition at the Peace Memorial Hall. On Sunday 23rd June a panel discussion will be aired live on the Views and Issues programme on NBC Radio and the Prime Minister’s speech.

Venezuelan oil in storage tanks to back sanctioned cryptocurrency says-Maduro