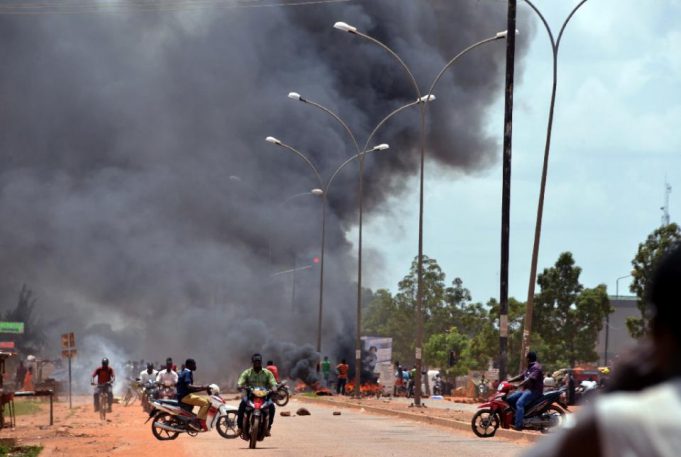 Presidential guard officers in Burkina Faso have seized power in a coup, with reports of more than 10 deaths amid protests in the capital, Ouagadougou (Wa-ga-do-goo).

A close ally of former President Blaise Compaore has been named the country’s new leader, according to state television reports.

This development comes after presidential guards stormed a Cabinet meeting yesterday and seized the Interim President Michel Kafando and the Prime Minister — days before the general elections.

The US, France and African Union have condemned the coup in the former French colony.

According to AFP news agency, the coup leaders have imposed a night-time curfew across the West African state, and have ordered the closure of land and air borders.