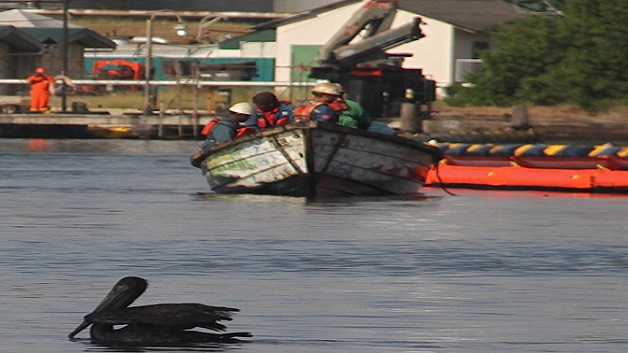 Trinidad and Tobago’s Energy Minister Franklin Khan said an investigation will be launched into the circumstances surrounding an oil spill that the state-owned oil company PETROTRIN said resulted in an estimated 300 barrels of oil escaping from a ruptured storage tank into the seas.

It said its operations personnel as well as representatives from the Ministry of Energy and Energy Industries, the Environment Management Authority and other regulatory bodies were involved in recovery efforts.

Khan, speaking in the Senate on Tuesday, said last Sunday’s oil spill into the Guaracara Rivers did not flow further past Pointe-a-Pierre into any other southern areas as had been the case with previous spills.

He told legislators that five residents had reported feeling nauseous after the spill and were treated at the Augustus Long Hospital.

Khan said the spill occurred when Tank 70 which contained 12,853 barrels of oil, sprung a leak at its base.

The majority of spilled oil was contained within the refinery, but some escaped into the marine environment, he said, adding that the occurrence will be investigated to find out why the containment failed and to guide future asset integrity and in-house inspection frameworks.

In its first statement on the matter, PETROTRIN said that only 20 barrels of oil had leaked from the storage tank and the Environmental Management Authority (EMA) said on Monday that 20,000 gallons, more than 400 barrels of bunker fuel had escaped.

Reforms being made regarding recruitment and training of new police officers