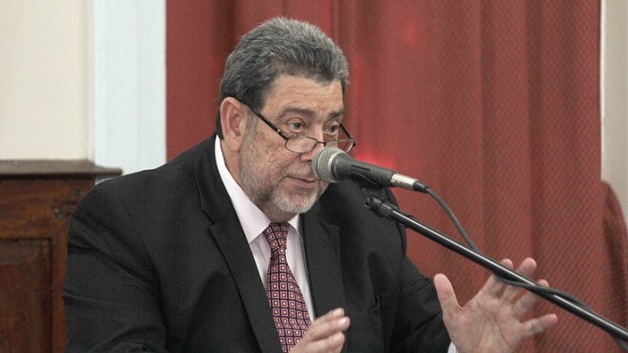 “There is simply too much violent crime in St. Vincent and the Grenadines, even though we remain basically a safe and secure country,” says Prime Minister Dr. Ralph Gonsalves.

In his presentation of the 2017 national Budget in parliament on Monday, Dr. Gonsalves who is also the Minister of National Security said St. Vincent and the Grenadines is a small country in which we tend to know one another face-to-face.

He said while we are overwhelmingly a law-abiding society, have a sound system of law and order, and the Police Force is reasonably resourced with personnel and equipment, there is still a level of criminal violence, perpetuated by a small minority, which is deeply troubling.

“The primary obligation of the State is to provide an appropriate, and effective, framework for an acceptable level of citizen security.  Citizens and visitors to St. Vincent and the Grenadines must be made to feel reasonably safe and secure in their homes, their places of work and at leisure, and as they generally go about their lawful business in a free society.”

He added that “There is simply too much violent crime in St. Vincent and the Grenadines, even though we remain basically a safe and secure country.  It is no comfort or excuse for it to be said that the Caribbean and Latin American region and the world have grown increasingly violent, though admittedly we live in a dangerous regional and hemispheric neighbourhood.”

The Prime Minister said that while the Police Force is on the frontline of fighting crime, this fight is an all-encompassing enterprise involving the State institutions, the family, church, school, community, the mass media of communication, civil society, private security firms, businesses and labour, and individuals themselves in a partnership with appropriate regional and international institutions and government.  We must all be on the same page in this fight within the context of a democratic society.”

Dr. Gonsalves said that in 2017, the Police Force intends, according to its targeted Strategic Outcomes, to ramp up the percentage of arrests of persons reasonably suspected of committing crimes, especially violent crimes, and providing the basis for the prosecution of those against whom there is a reasonable prospect of conviction.

He said more extensive and intensive mobile and other patrols would be carried out; and responses to reports, especially emergency reports, of suspected criminal activity would be prompt and serious.

The Prime Minister further noted that the government has embraced a formal request of the Chamber of Industry and Commerce to afford duty-free concessions to businesses which plan to install security cameras.

Caribbean nationals among 314 criminals arrested in US