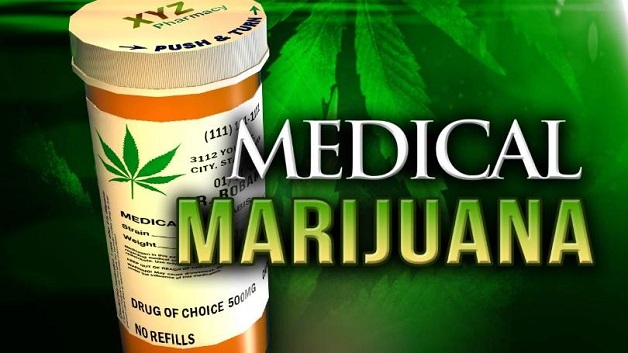 The issue of medical marijuana is expected to be given increased attention by local lawmakers, this year.

Prime Minister Dr. Ralph Gonsalves speaking at his first news conference for 2018 on January 2, at Cabinet Room, told reporters that he is hopeful that by the end of the first quarter of this year there should be a bill in parliament addressing the question of medical marijuana and a marijuana industry.

“I’m not talking yet about decriminalization of small quantities for recreational, religious use, that’s a longer debate and discussion.”

“I want us to put this matter of medical marijuana as an industry center and upfront, and I want to see foreign investment in it and I want to see domestic investment in it, because they have to have the market place with the entities responding to the market. The Canadian market, British market, European market, generally, for medicinal marijuana,” the Prime Minister added.

Dr. Gonsalves explained that marijuana as a plant has beneficial uses, but it is a plant because it has narcotic properties, can be misused and abused, hence the reason why the law in the past has been addressing the misuse of marijuana.

He said, however, that he now wants to address the beneficial use not the misuse and abuse of marijuana.

The Prime Minister noted that a regime will have to be put in place for growing marijuana under secure conditions.

“Particular strain of marijuana for medicinal purposes, you would have to have the laboratory facilities to extract the oils from it, to export those or even locally if any of the investors are so inclined.”

According to Dr. Gonsalves discussions are ongoing with about three investors on this issue of medical marijuana. He said that in addition to having the oils extracted, consideration is also being given to possibly having pharmaceutical production done here in St. Vincent and the Grenadines.

“The government is serious about it because I think there is unanimity in the country that marijuana has medicinal purposes, medicinal uses and that it must be done in a proper and scientific way, and there are reputable entities that have been talking to us,” Dr. Gonsalves said.

He noted that persons from overseas have been contacting the government expressing interest in a medical marijuana industry here, however, local business people have not been readily coming forward.

While declining to divulge prospective details on this subject, Dr. Gonsalves emphasized that this is an important area.

CARICOM has set up a Regional Commission on Marijuana to ascertain public opinion in CARICOM member countries on the issue of the decriminalization of marijuana.

The commission, established in 2014, aims to conduct studies into the “social, economic, health and legal issues surrounding marijuana use in the Caribbean and to determine whether there should be a change in the current drug classification of marijuana thereby making the drug more accessible for all types of usage (religious, recreational, medical and research)”.