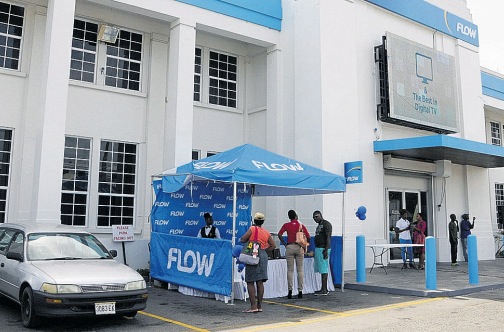 Two of Grenada’s leading trade unionists have expressed their total disgust and annoyance with the recent notification of a rise in price for Internet Broadband from Flow.

President of Grenada Union of Teachers, Lydon Lewis and President of the Technical and Allied Workers Union, Chester Humphrey lashed out at FLOW’s impending price increase at a recently held press conference.

The telecommunications provider announced a few weeks ago that it will be increasing its Internet cost by $20, moving the monthly price from $79.50 to $99.50.

The National Telecommunications Regulatory Commission (NTRC) has reportedly admitted that it was approached by FLOW but has not given approval for the increase.