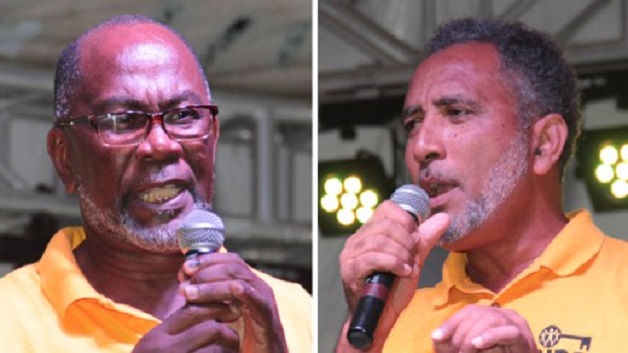 Dr. Godwin Friday, President of the New Democratic Party and Leader of the Opposition and Vice President, St. Clare Leacock, Member of Parliament for Central Kingstown will be attending the 3rd sitting of the Organization of Eastern Caribbean States (OECS) Assembly to be held in Antigua and Barbuda on December 9, 2017.

The OECS Assembly comprise of five representatives from the Parliament of each Full Member State and three from the Legislature of each Associated Member.

These representatives must include the Head of Government and the Leader of the Opposition.

Members serve for two years from the date on which they were elected or until the next general election for the Legislature which they represent.

The Assembly has the power to review legislation passed by the Authority and regulations made by the Council of Minister.

Dr. Friday and Mr. Leacock are expected to be out of state until December 10.

PM Gonsalves speaks out on SVG and US relations