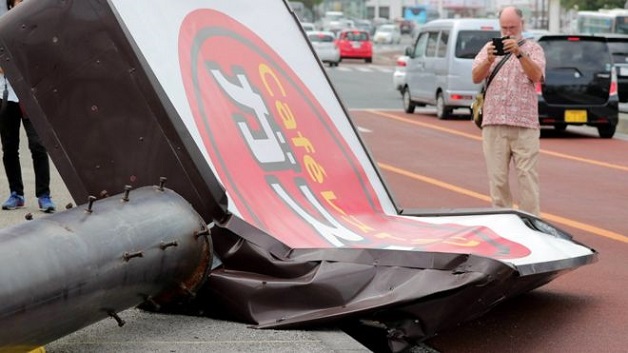 Two people have been killed after a powerful typhoon struck Japan.

Typhoon Trami made landfall yesterday near the western city of Osaka, with gusts of up to 134 miles per hour.

According to BBC News, the storm caused widespread disruption, with many flights and trains cancelled. More than 750,000 homes lost power.

At least 120 people were injured.

The typhoon comes less than a month after the country’s strongest storm in 25 years hit western Japan in early September causing widespread flooding and at least seven deaths.