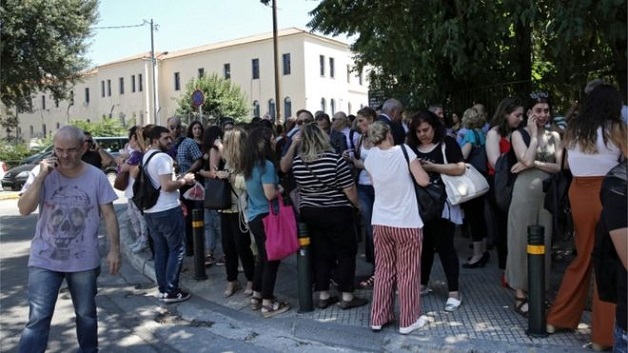 A strong earthquake has shaken the Greek capital of Athens, knocking out phone networks and power in parts of the city.

The 5.1 magnitude earthquake had an epicenter about 14 miles north-west of Athens.

Athenians ran out into the streets and evacuated tall buildings as the tremor shook the capital for some 15 seconds.

There were no reports of serious injuries, but several aftershocks have been felt.

The strongest aftershock had a magnitude of 4.3, almost an hour after the initial quake hit.

The earthquake was felt particularly strongly in the centre of Athens.

There were reports that the fire service rescued over a dozen people trapped in elevators following the power outage.

WEFM host training for media personnel in broadcasting and communication

Easter Weekend 2020 most peaceful in years says Commissioner of Police