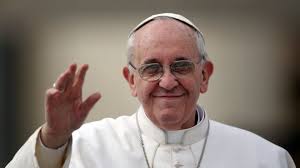 Pope Francis has unveiled reforms intended to make it easier for Roman Catholics to get annulments and remarry within the Church, streamlining steps that many in the church considered too cumbersome and costly.

According to  BBC News, Catholics seeking an annulment previously needed approval from two Church tribunals, but the reforms will reduce this to one, although appeals will still be allowed.

The new fast-track procedure will also allow bishops to grant annulments directly if both spouses request it.

Without an annulment, Catholics who divorce and marry again are considered adulterers and are not allowed to receive communion, which many describe as a painful exclusion from the church’s chief sacrament.

National Council of Women calls on Vincentians to Speak up! Speak Out! Against Child...