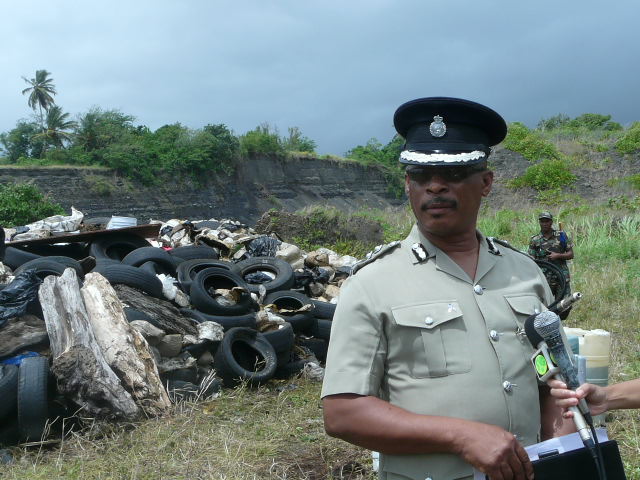 Deputy Commissioner of Police (DCP), Reynold Hadaway, said the illicit drugs are for the period January 2010 to July 2015 that were collected from matters that were disposed of by the courts. He explained that they were seized by various stations, units, and the Royal St.Vincent and the Grenadines Police Force Coast Guard. Some were interdicted at sea from joint sea operations by the Narcotics Unit, the Rapid Response Unit and the Coast Guard.

Most of the illegal drugs were seized on land.

The Police also destroyed 50 grams of cocaine rocks with a street value of EC$750.00.