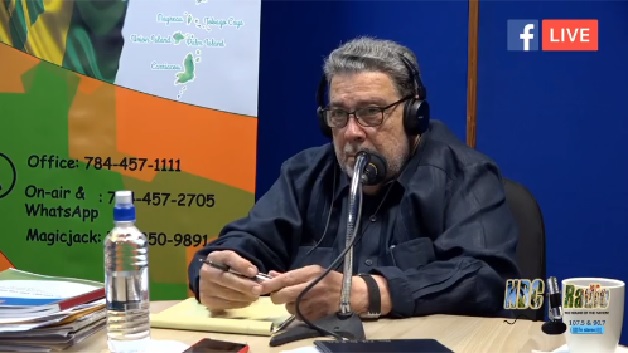 This country’s Prime Minister Hon. Dr Ralph Gonsalves has shared with the country that his wife is unwell and may require surgery on her spine while one of his sons has cancer.

Gonsalves who was speaking on Wednesday September 8th during the Face to Face programme on NBC radio St Vincent and the Grenadines revealed two health concerns affecting his family.

The Prime Minister said his wife Eloise has a cyst growing on her spine.

“We have known about it for a few months and we have had it investigated and consulted a neurosurgeon in Cuba and in Trinidad.

There is an American of Indian descent who came to St Vincent who we got to know, a top neurosurgeon who works in Boston.

We want to go and see, it is potentially debilitating the way the cyst has grown, it causes great discomfort.

She could end up in a wheel chair. We don’t know, we’ll find out more, it’s a tricky business and we hope for the best,” said Gonsalves.

Prime Minister Gonsalves said that he is making arrangements to leave the country for a week.