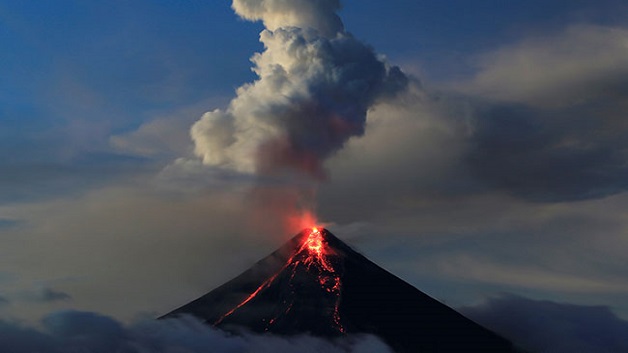 The Philippines is bracing for a possible three-month-long emergency in areas around an erupting volcano, which has already displaced more than 81,000 and led to overcrowded temporary shelters, the disaster agency said today.

Mount Mayon in central Albay province remained at alert level 4, a notch below the highest level, as it continued to spew lava, ash and other superheated material, volcanologists said.

“We’re gearing up for three months” of emergency, a spokeswoman of the country’s disaster agency said, citing similar situations during previous eruptions of the 8,077-foot volcano.

Displaced families may need to stay in evacuation centres for that long, she said, according to a report by Reuters.