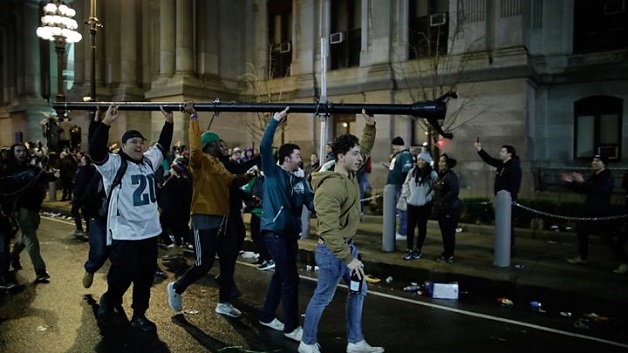 Incidents of rioting and looting have taken place in the US city of Philadelphia as fans celebrated a historic Super Bowl win on Sunday.

According to BBC News, a police officer is among those reported injured. Cars and shop fronts have been destroyed and looted.

Despite bracing for chaotic celebrations, authorities were overwhelmed following the Eagles’ 41-33 win against the New England Patriots.

US man sentenced for posting online threat against Obama