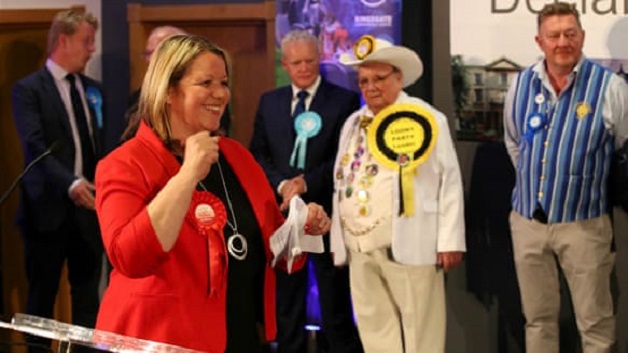 A Eurosceptic party launched to pressure the UK government to quit the European Union without a formal Brexit deal has been extinguished in its parliamentary baptism of fire.

The Brexit Party, launched by Nigel Farage, was beaten into second place by the incumbent Labour Party in a by-election – although its massive vote sends a fearsome message to Britain’s ruling Conservatives.

The result in Peterborough, a small city in eastern England, piles pressure on Conservative MPs to pick a charismatic hardliner in a party leadership contest now under way to replace Theresa May, who steps down on Friday.

It also shows the Labour opposition can still appeal to voters who want to leave the EU – strengthening party leader Jeremy Corbyn’s resistance to calls for a second Brexit referendum.

SVG on target to achieve “One College or University graduate, on an average, per...