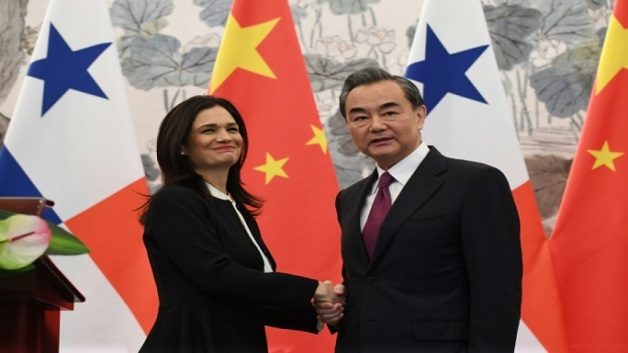 Panama has cut long-standing diplomatic ties with Taiwan and established relations with China, in a diplomatic coup for Beijing.

The Panamanian government said it recognized there was “only one China” and considered Taiwan part of it.

In recent years China has intensified its economic investment into the Central American country – home of the economically vital Panama Canal.

Taiwan’s foreign ministry said in a statement that it expressed “anger and regret” over what it called a “very unfriendly” diplomatic turn by Panama that “yielded to economic interests by the Beijing authorities”.

According to BBC News, it accused Panama of “bullying” Taiwan while “ignoring the many years of friendship” between the two countries, and added it would “not compete with the Beijing authorities for money diplomacy”.

It was as recently as June last year that Taiwan’s leader Tsai Ingwen visited Panama, on her first overseas trip as president.