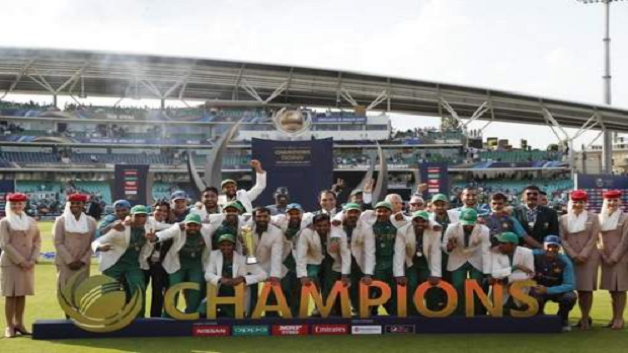 The streets of Pakistan’s cities lit up with celebrations on Sunday night after the country’s cricket team defied the odds to thrash rival India in the Champion’s Trophy final in London to take their first global 50-over title since 1992.

The upset, which saw Pakistan win by a record margin in the final of a global event, came after they had been on the receiving end of a hammering by India in the tournament opener and were written off by fans and pundits alike.

The win came as mainly Muslim Pakistan prepares for Eid after the fasting month of Ramadan — though for many fans, the festival had already arrived.

Pakistan piled up 338 for four in the final, with Fakhar Zaman making a dashing 114.

There was no way back for India, who collapsed to 158 all out with nearly 20 overs of the match as they suffered their heaviest defeat by runs in 129 ODIs against Pakistan.