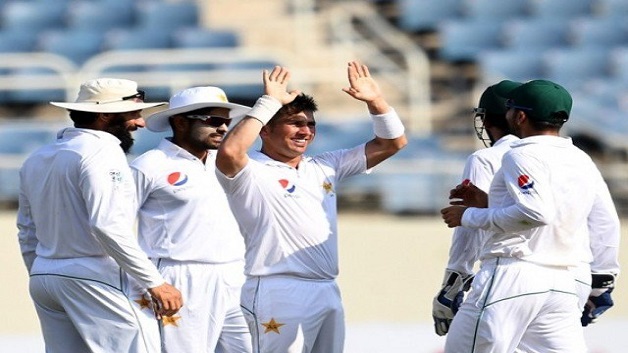 Yasir Shah completed a six-wicket haul to spearhead the second innings rout of the West Indies as Pakistan achieved a comfortable seven-wicket victory just after lunch on the final day of the first Test on Tuesday.

Trailing on first innings by 121 runs and resuming at the overnight position of 93 for four, the Caribbean side was dismissed for 152 after less than two hours’ play at Sabina Park in Jamaica.

Needing just 32 runs for a 1-NIL lead in the three-Test series, Pakistan lost three wickets either side of the interval and it was left to captain Misbahul Haq to end Pakistan’s abysmal run of six consecutive Test match defeats with consecutive sixes off Devendra Bishoo.

SVG increases export of livestock in 2019