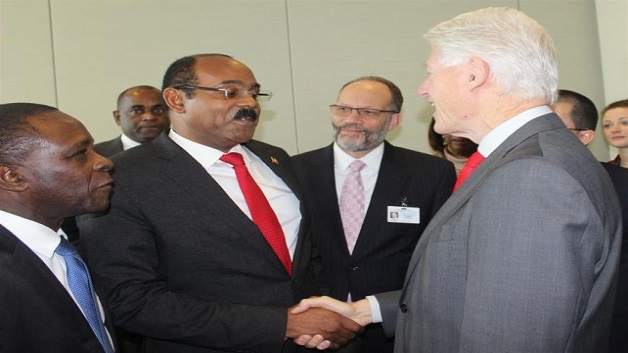 Over US$2-billion were pledged for Caribbean countries affected by Hurricanes Maria and Irma at a CARICOM-UN High-level Pledging Conference, which took place at the UN Headquarters in New York this week.

According to a UN report there were over US$1.3 billion in pledges and over $1 billion in loans and debt relief.

Support was derived from nearly 400 high-level representatives from governments, multilateral and civil society organizations and the private sector that attended the event to help countries build back better as the first climate resilient countries in the world.

According to latest estimates, recovery cost surpasses US$5-billion in the wake of the two devastating hurricanes.

CARICOM Secretary-General, Irwin LaRocque said the task of rebuilding is beyond the affected countries.

In Dominica, Hurricane Maria decimated decades of development gains, impacting over 200 percent of the island state’s GDP. Poverty levels risk rising above 60 percent. Nearly 60 percent of damages relate to housing and transportation infrastructure, with recovery costs estimated at around US$1.3 billion.

In Barbuda, damages surpass US$130 million with recovery needs of over $220 million, according to the latest post-Irma assessment.

Eight Steel Bands and 13 Mas bands to take part in the Steel and...

St. Vincent and the Grenadines welcomes establishment of Parliamentary Front in Haiti to fight...