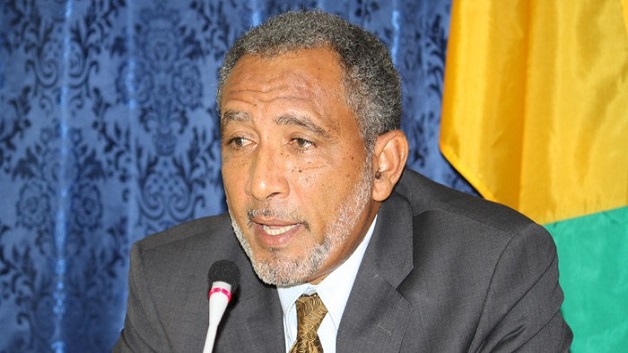 The leader of the main opposition New Democratic Party (NDP), Dr. Godwin Friday, says he is concerned at the “haste” with which the St. Vincent and the Grenadines government is moving to pass legislation to establish a medical marijuana industry here.

Dr. Friday, speaking on his weekly radio programme, said that a joint select committee is reviewing the three bills tabled in Parliament earlier this month.

“The idea, it seems, is to get these bills through as quickly as possible,” he told listeners, adding that his concern, which are shared by other opposition colleagues “is that there seems to be a great haste to try and get these things done and I don’t think it is proper when you have these important legislations.”

He said that the bill should be done in such a way that “it is given not only the select committee’s attention but once we have discussed the bill and come up with the finalised version of it, that the people of the country know what is in it and have their feedback still, because nothing is final until it is voted [upon].

“So I feel that the haste that it is going through is not helpful and I don’t think it is appropriate in the circumstances, so I hope that the minister would take that into account,” Friday said, adding that the bills are “very weighty stuff.

“So I will hope that more time will be given for that, not just the select committee but for the people to understand what’s in the bill, how it is going to function, who is going to benefit from it before it is debated in the Parliament.”

The Medicinal Cannabis Industry Bill, the Cannabis Cultivation (Amnesty) Bill and the Permitted Use of Cannabis for Religious Purposes Bill were tabled in Parliament by Minister of Agriculture, Saboto Caesar, on September 6.

Easy Sky airline to fly to St. Vincent from June 5

23 to compete in Ragga and Soca finals tomorrow night