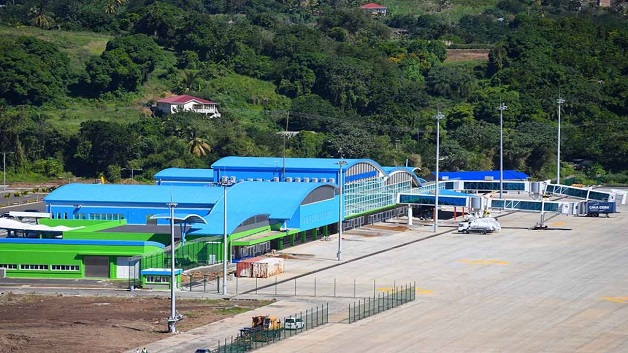 Two officials of CALM5 / Superior LED, out of Trinidad and Tobago are scheduled to arrive in St. Vincent today February 9 to begin assembling a Chandelier at the Argyle International Airport (AIA), donated to mark the airport’s first year of operations on February 14, 2018.

The Chandelier, which appears to be one of the most spectacular LED Chandeliers in the region, is dubbed ‘Vinci Love’, and is a gift to the AIA from some Aviation enthusiasts, based in London and San Francisco with family ties in St. Vincent and the Grenadines

The officials from CALM 5 will work along with AIA’s Electrical Engineering team to assemble the Chandelier, which will be erected in the Departure Check-in.

It will be officially turned on, on Valentine’s Day, February 14 at 2:00pm.

Meanwhile, as part of activities to mark AIA’s first anniversary, passengers arriving and departing AIA on Wednesday February 14 will be presented with tokens of appreciation sponsored by the business community.

The public is also invited to visit the AIA Interpretation Centre for guided tours depicting the journey to completion, of the Argyle International Airport.

Expansion being seen in fisheries sector