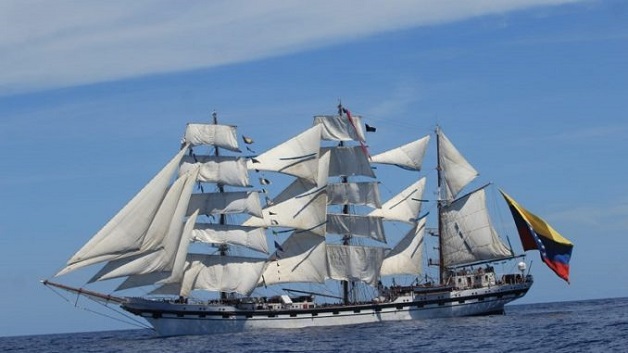 The Government of Saint Vincent and The Grenadines will host a Venezuelan Naval vessel, the Simón Bolívar School Vessel at the Kingstown Port, from August 17th to the 21st, 2019.

The Simón Bolívar School Vessel, named after Simón Bolívar, the liberator of Bolivia, Colombia, Peru, Ecuador and Venezuela, trains cadets and future officers of the Venezuelan Navy and disseminates information related to Venezuela – in all ports of visit.

The vessel will dock at the Kingstown Cruise Ship Berth at 9:00 a.m. on Saturday 17th August, 2019, and will be greeted by an official Guard of Honour.

While here, the crew will take part in a friendly football match – with the Royal Saint Vincent and the Grenadines Police Force, at the Grammar School Playing Field on Monday 19th August at 5:00 p.m.

Then on Tuesday 20th August, 2019, the crew will pay tribute to Garifuna Chief Joseph Chatoyer at the Obelisk in Dorsetshire Hill at 9:00 a.m. and a Special Lecture on the “Historical review of the Caribbean Sea Borders,” featuring Commander Alexander Rivero of the Simón Bolívar School Vessel.