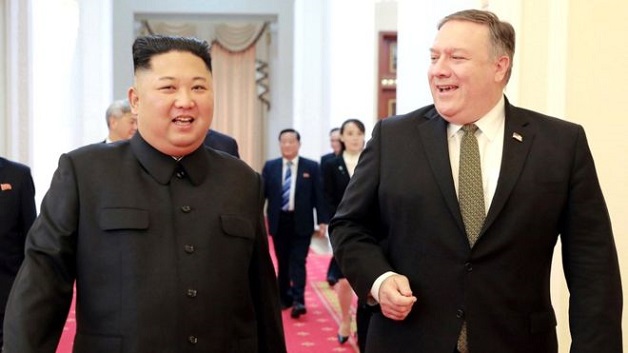 North Korea has demanded the removal of US Secretary of State Mike Pompeo from nuclear talks, accusing him of “talking nonsense” and being “reckless”.

A senior foreign ministry official was quoted by the BBC as saying,  that further talks would be “lousy” if Mr. Pompeo was involved, asking that he be replaced by someone “more careful”.

It comes after North Korea said it had tested a new “tactical guided weapon”.

The test is the first since a February summit in Hanoi between the countries’ leaders ended without an agreement.

Last week, during a US Senate subcommittee hearing, Mr Pompeo was asked if he would agree with descriptions of Mr Kim as a “tyrant”, he then responded: “Sure, I’m sure I’ve said that.”

President Trump to push forward controversial oil pipelines, according to US media