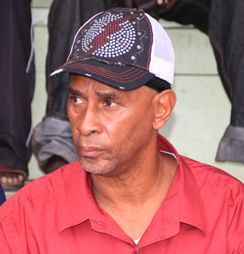 The National Omnibus Association (NOBA) has decided not to go ahead with its plan to withdraw its services on Monday October 12th.

President of NOBA, Mr. Anthony Bacchus made the announcement last night following a meeting with Minister of State in the Ministry of Transport and Works, Julian Francis.

Last week, Mr. Bacchus indicated that the strike was proposed to demonstrate the frustration amongst drivers at the lack of progress in addressing their concerns, particularly the current condition of several roads.

According to a report by I-Witness News, Mr. Bacchus, says the government has agreed to repair a number of roads. It has also agreed to allow minibuses to leave Kingstown via the Town-Hill Cane Garden route between 4:00pm and 6:00pm, in an effort to reduce traffic congestion.