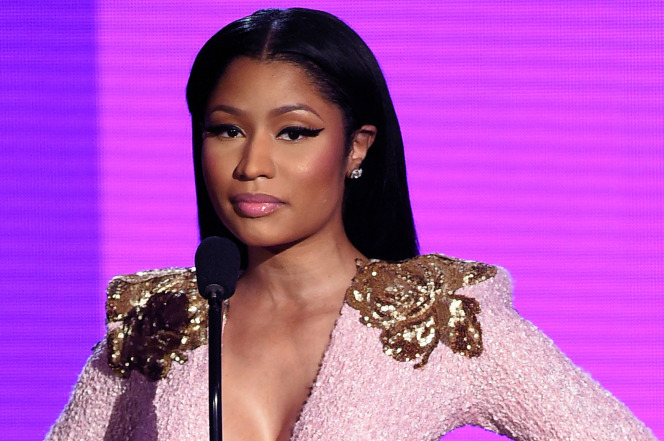 According To Urban Islandz Nicki Minaj has been having a great year and even thanked fellow rapper Fetty Wap for also having huge success in Hip Hop this year.

The Young Money rapper went up against her labelmate Drake’s “If You’re Reading This It’s Too Late” and J. Cole’s “2014 Forest Hills Drive.”

Nicki Minaj also added that ‘The PinkPrint’ was the hardest album that she has ever had to do and be a part of. She ended her acceptance speech with an empowering message for her fans.

The PinkPrint was released on December 12, 2014 and debut at No. 2 on Billboard 200 album chart after selling 244,000 copies in its first week. Almost 200,000 of that sales was pure album sales. The project was also certified gold by the RIAA.

The album was mostly comprised of songs about her bitter breakup with Safaree Samuels, whom she dated for over a decade. Samuels produced Minaj previous two projects Pink Friday and Pink Friday: Roman Reloaded.