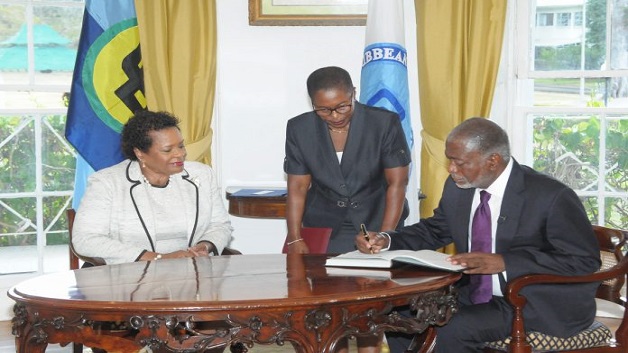 The Caribbean Court of Justice has welcomed the addition of a new judge.

The Honorable Justice Andrew Burgess, formerly a Justice of Appeal in Barbados’ Court of Appeal, became a Judge of the CCJ in a dignified ceremony at Government House in Barbados on Friday, January 18th 2019.

Mr. Justice Andrew Burgess was sworn in by Her Excellency, Dame Sandra Mason, the Governor-General of Barbados.

Justice Saunders added that “his appointment is richly deserved since he has been, over the last eight years a judge of the Barbados Court of Appeal. Throughout those 8 years I have had occasion to study his judgments.”

St Kitts-Nevis Opposition leader against introduction of visas for Venezuelans

Venezuelan Naval Vessel to visit St. Vincent and the Grenadines