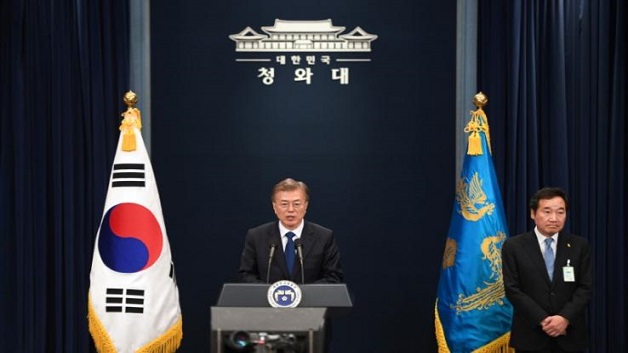 Moon said in his first speech as president he would begin efforts to defuse security tensions on the Korean peninsula and negotiate with Washington and Beijing to ease a row over a U.S. missile defense system being deployed in the South.

He said that he would even be willing to visit Pyongyang under the right circumstances.

According to BBC News, the new president has also vowed to unify a divided country reeling from a corruption scandal which saw his predecessor, Park Geun-hye, impeached.

WestJet cancels flight because of mask dispute with child